Home > Gift for Life Adds Two to Board of Directors

Gift for Life Adds Two to Board of Directors

September 20, 2018 — Gift for Life, the gift, stationery and home décor industries’ sole national charitable organization, announced today that Ari Lowenstein and Michelle Manningham have joined its board of directors.

“These new board members will bring an infusion of energy and industry knowledge to our board,” said George Kacic, chair of the Gift for Life Board. “We are delighted to welcome these newcomers and to involve each of them in efforts to fight HIV/AIDS.”

Ari Lowenstein has been involved in the gift industry internationally since 1997. After owning a gift company in Italy for 12 years, he moved to the U.S. and worked as business development manager for Clear Solutions and The Unemployed Philosophers Guild. In 2014, Lowenstein co-founded Canopy, an e-commerce service company that manages the presence of 15 businesses on Amazon and other third-party platforms. In 2016, he founded Emergent Workshop, a consulting company focusing on assisting manufacturers in the gift industry with strategy, marketing, sales management, market entry, training and infrastructure development.  Lowenstein also acts as vice president of ShoptheSymphony.com, an online fundraising program for orchestras and symphonies; serves on the executive board of the Museum Store Association; and is finishing his term as president of the Gift Sales Managers Association. States Lowenstein: “Throughout my career, I have contributed to the success of artisans, vendors, merchants, sales representatives and others. I’m excited about this opportunity to channel those efforts to promote the causes of Gift for Life and to work side-by-side with GFL’s dedicated and talented Board.” 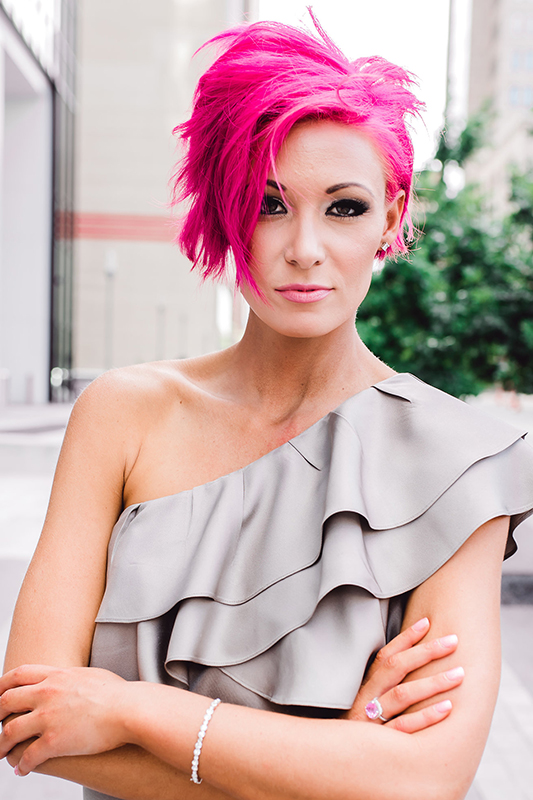 Michelle Manningham launched her first business at 19 years old, then left her corporate job at age 22 and spent the next four years speaking all over the country to thousands of people. She returned to the corporate arena as a vice president of marketing and developed an exhibitor-training program to teach companies how to maximize profits. At age 27, Manningham published a book on how to increase ROI through tradeshows. In 2016, she launched Texi Boots, LLC – The Original Pink Sole Cowgirl boot brand, while also taking the role of sales director for Poo-Pourri. When she decided that Texi Boots would give back a portion of its profits to help other female entrepreneurs, she launched The Pink Sole Foundation. Manningham is currently director of sales for Living Royal and has just launched her brokerage firm for mass-related products, Pink and Associates. Says Manningham: “I have been directly impacted by many who sit on this board of directors, and I am humbled at the opportunity to serve. The leaders in the gift industry live for more than themselves, and that’s what I believe commerce should be about.”

Each year, Gift for Life hosts events throughout the U.S. benefitting DIFFA: Design Industries Foundation Fighting AIDS. The primary mission of Gift for Life and DIFFA is to eradicate the AIDS pandemic in the U.S. With Gift for Life’s help, in 2017 DIFFA granted more than $331,000 to 31 organizations providing HIV/AIDS service and education programs nationwide. For additional information, visit www.giftforlife.org.

ABOUT GIFT FOR LIFE and DIFFA: Gift for Life unites the gift and home industries against AIDS with more than $5 million raised since its inception in 1992. In 2008, Gift for Life selected DIFFA: Design Industries Foundation Fighting AIDS, one of the largest funders of HIV/AIDS service and education programs in the U.S., as its main charity partner. Since its founding in 1984, DIFFA has mobilized the immense resources of the design communities to provide more than $40 million to hundreds of AIDS organizations nationwide. In 2017, DIFFA granted $331,000 to 31 organizations nationwide. More information is available at www.giftforlife.org and at www.diffa.org.